So what do I mean by that? Well, if you currently have a 32” wide bathtub, don’t make it a 30” bathtub because, believe it or not, the two inches can be a big deal. So instead, if you have room, build a pony wall. You can do this using 2x4s, and you can backer board to the 2×4, tile around it, and add some type of solid top to it. Actually, you don’t even have to add a solid top; you can use the tile.

But on top of the pony wall, you can add a glass panel, and that will make your small bathroom look a lot bigger. So that’s our tip number one: Don’t down-size the bathtub.

Instead, build a pony wall and add a glass panel to make the bathroom look bigger. Tip number two is to instead of adding a traditional vanity—so you have a box and you’ve got a vanity top—to add a pedestal sink. And one in particular that we like a lot for super small bathrooms is a floating pedestal sink.

These are easily installed; they actually leave some room underneath them for storage or a step-stool, and they make the bathroom look a lot bigger.

We actually have a really great video tutorial that you can watch right here, and that’ll show you how to install an American Standard floating pedestal sink. Another style of pedestal sink that we like is one that has a solid steel framing base to it. And the reason why that’s pretty cool is you can add things to the bottom of that base—you can add towels to it—and it looks modern, and it’s super easy to install. So again, we’ve got a really awesome video tutorial for you on how to install this style of pedestal sink right here. 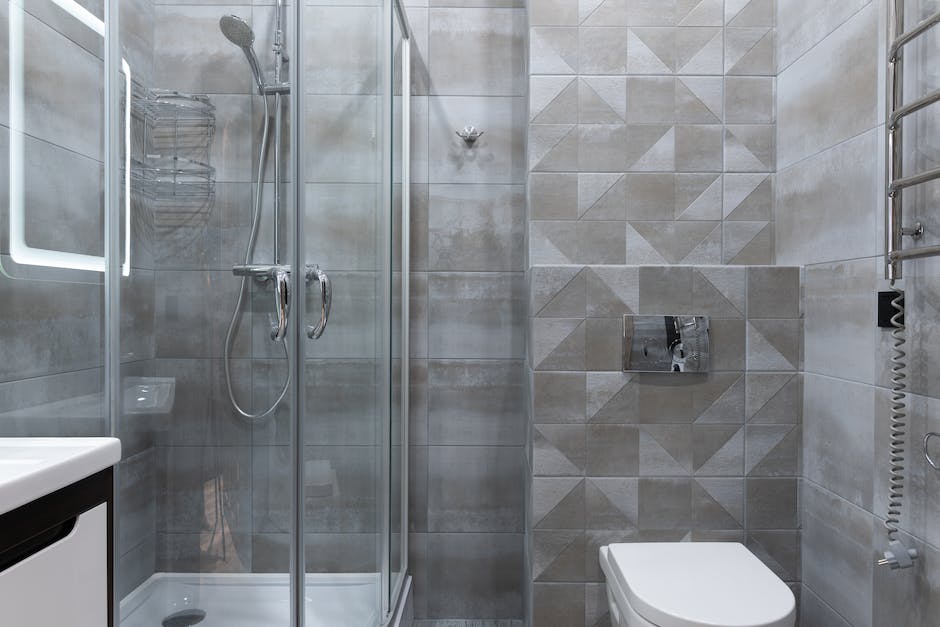 So you can watch that video if you’d like. Now, our pro tip for you is no matter what pedestal sink you install, make sure you’re installing it into some type of wood blocking that’s already in the wall, and that’s super important for stability purposes.

So you can use like a 2x material like a 2×4, 2×6, 2×10, whatever it is. Just make sure you’ve got solid backing in the wall for that pedestal sink. And then finally, tip number three to make your small bathroom look bigger is to appropriately size the curbed walk-in shower.

In our recent tutorial, we maximized the shower pan itself by leaving it relatively the same size as it came; we were able to cut that down. And then we actually made the curb smaller by cutting that in half. So instead of having a four-inch wide curb, we made it into a two-inch wide curb and made our bathroom two inches wider in the process. So one of the shower systems that we really like for this is the KBRS ShowerSlope. So in that video tutorial, we show you how to build the KBRS ShowerSlope step-by-step.

And in the video prior to that, which you can watch right here, we show you how to choose the KBRS ShowerSlope system to fit your project’s needs. So again, our tip number three for making your small bathroom look bigger is to maximize the shower pan width, but cut down the shower curb if you can.

So again, the KBRS ShowerSlope allows you to do that, and that’s what makes it an awesome system. So hopefully you like these three tips on how to remodel a small bathroom and make it look bigger. If you are remodeling a bathroom, make sure you grab our free guide right here; it’s awesome.

It’ll show you step-by-step how to remodel a bathroom in ten days or less, improve your home’s value, and save a ton of money in the process.

Thanks for watching today’s video, and we will see you in the next one. Take care!.