Here’S our family room, we remodeled about six months ago, it’s the middle of February, and it’s staying a lot warmer because of the new insulation we put in. It was a pretty big project, but let me show you what we did. Okay, so you just saw the room that we remodeled and it’s been a few months, and there was two reasons why we decided to redo it. The first reason was of the walls. They were that fake wood wainscoting and we didn’t like the look of that.

Also, the other reason was this: I had an infrared thermometer and it was very, very cold in the middle of winter it was, it was zero degrees outside and it was reading thirty degrees, Fahrenheit and some of the corners around the fireplace I did a sheet right Here, where I measured all the different temperatures in that back wall around the fireplace range from 30, there was 28 45, so we needed to keep it a lot warmer to save Heat, we’re going to save money by heating the place. So the first thing I did, I thought the cold air was coming in through the fireplace. So I insulated that and that helped, but it didn’t solve all our problems. As you can see the stone, I’m a fireplace was reading 50 degrees, and that was radiating. The cold air, so before we remodeled, we made sure to decorate all the walls, and this is what it looked like beforehand.

We had our TV covering that fireplace where the TV stands, so we weren’t too worried about the cold air coming through that. But the first thing we did is started ripping down the wainscoting, and here was the insulation and at first it looked like it wasn’t too bad, but once we got into it we saw that it was all not moldy, but it was blackened and deteriorated, and this Was the worst of it? It was almost completely gone, it had rotted away or something and that’s why those walls were so cold was there was no insulation on them, so it was a good thing that we did it and here’s what it looked like. After all, the insulation was ripped off. This was the worst area in the back by the fireplace, but this took a couple hours: three people a couple hours to bag it up and rip it down, and we definitely had masks.

This is us putting up the new insulation. We used our 13 because we had to buy four walls if it was to buy six walls. We’D have used our 19 or 18, but this was the insulation we needed for our walls. We just got a couple staple guns and stabled it up. I also put foam and around the bottom corners.

This was, after all, the insulation. We started to put up the drywall, and this wasn’t too bad. The putting up the drywall, the mudding you’ll see is the real hard part, but we used our laser level. 2 uh. This was a good trick to mark.

You didn’t have to mark where all the studs were. You could just put the laser level up and it give you a good line to follow. This was us cutting the drywall in the backyard. It was real dusty, so we just did outside, and this was starting the mudding process, some areas right around the fireplace we couldn’t nail into the wall, so we used liquid nails. We had to use this anvil to put some weight on it to keep the pressure.

So the glue would state this is more of screwing another. While you can see the laser line that we use to follow. This was after the first coating of the mudding, and this is where you really needed a lot of help in a lot of work, and it was real dusty and you had to do several layers and thin it out, and the mudding is what really took all The time in the sanding here was the sheet. I used that I measured all the drywall pieces. We need the cost.

It was $ 120 for drywall, while the caulk and the installation was 130, we’re right around 400 bucks with the paint and primer and everything when we were done. This was our primer paint that we put on. We didn’t paint directly on the driveway, but a cheap canopy was nine or ten dollars of Valspar the nine dollar white primer and that helped the paint go on a lot smoother. This was absorbed by the drywall, the cheap stuff. This is what it looked like when we were done painting and then we started with the baseboard and crown molding.

The baseboard was quite easy to do. You just had to cut it exactly. I wanted 90-degree angles: the real, easy you’re working on the floor. The crown molding was the hard part. Now this was just some roundover stuff we put around the fireplace this was one of our worst corners of crown molding, the first one we had done and we found out half way through that.

The reason why I wasn’t working so well was because the corners were not 90 degrees. They were, they were 88 or 92 degrees, also that our ceiling was wavy, so it was hard to get a good seal at all the joints, but we eventually got it up. After a lot of work and the hard part, also about crown molding is you’re holding it up in place the whole time as opposed to baseboard, where you’re setting on the ground. One person can do it, crown molding, you need to and you’re holding it in place and it’s a real pain. You have to go back, we didn’t have a nail gun at the time, so we did it by hand we’re setting the nails in.

We also changed the outlets to new ones. You could see the old ones down there, pretty bad, and these outlets are only 50 Cent’s and the covers were 50 cents too. So it’s a real cheap, easy fixture just turn off the power connect the wires, and that made a big difference to here’s where we took the spackle and we covered up all our mistakes. If you look at it now, you can’t really tell we made these terrible mistakes, but at the time we thought it was. You know going awful, but you can see how it’s tight here and gapped.

Here we filled that in with which what Kiryas doing the etch went around for hours and filled in all the gaps with cut the white. Here’S a view from the garage that foam that I put in when I did the installation it was leaking out into the garage which shows just what kind of gaps and airflow was getting in from the garage to that room. And then Kari went through with all these brushes and painted the crown molding and the baseboard white. Here’S what it looked like when we were all done. Look really nice.

We kept a white ceiling, you can see the baseboard, the edging and the crown molding. Here’S a closer view of that same corner, and this is what it looked like all completed. It was a few weeks of work and it was a pain by the end. You know, after the mudding we thought that was the worst part that we did. The crown molding and we said we’re, never going to do crown molding again when it’s all done.

It looks great, but it was a bit of a hassle, but I have to say it’s middle February and it is warmer in there. So we are saving money from now on with the heat bills, I’m glad we did it because of the insulation. So it’s a two week project. If you’re people like us just you know, we had a few tools, but nothing fancy bring some family and friends over to help. You cut the drywall and put that up and help your pain.

So good luck and let me know if you have any questions: 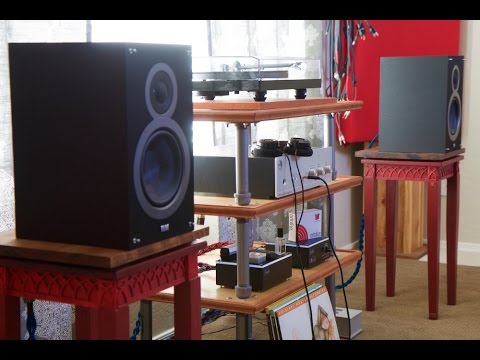